Life is stressful. 2020 has made that abundantly clear in case anyone needed reminding. But beyond the extraordinary stressors that we are juggling today, it is still entirely natural to feel anxious or stressed out during typical day-to-day moments like giving presentations to your colleagues, or dealing with impatient customers, or just trying to keep up with your little one. While everyone experiences some amount of stress day-to-day, some people experience unusually high levels of stress, worry, and fear over day-to-day happenings in the form of anxiety disorders.

How are anxiety disorders traditionally treated?

Usually when someone is diagnosed with an anxiety disorder, in addition to therapy they are often prescribed medications like beta blockers, antidepressants, and tranquilizers. (Mayo Clinic, 2020) However these drugs often also come with unwanted side effects and can cause tolerance with chronic use, leading to higher and higher doses over time. Researchers have been hunting for new kinds of anxiety medications that could be safer and more effective than conventional treatments on the market. This has led to some researchers shifting their focus toward Cannabis and cannabinoids.

Because CBD is not intoxicating and appears in abundant concentrations in Cannabis resins, it became the perfect candidate. And it turns out, there may be some promise.

Is CBD effective at reducing stress and anxiety in humans?

The short answer is, yes, it appears so. The long answer is – it depends on the source of the stress or anxiety. Additionally, it is really important to note that different research studies use different types of CBD products. Some use isolate, whereas others use hemp extracts with a broader range of chemistry present. There has not been enough research done yet to determine how different CBD products affect stress and anxiety differently.

If we dive into some of the human clinical research that has been performed so far, we can see an optimistic story developing. A 2019 study reported that 18-19 year old teens with social anxiety disorder saw improvement in anxiety symptoms after being given 300mg of CBD. (Masataka, 2019) When looking at public speaking related anxiety, researchers found that 300mg, but not 100mg or 900mg, reduced anxiety in a group of young, healthy men and women. (Zuardi, 2017) When looking at how CBD affects public speaking anxiety in patients with social phobia, researchers found that 600mg of CBD was effective at reducing anxiety compared to placebo. (Bergamaschi, 2011) As far as general anxiety is concerned, one study found that approximately 80% of patients in the study reported improvement after taking CBD in the morning after eating breakfast. The patients took doses of 25mg/day to 175mg/day. (Shannon, 2019) How does CBD affect anxiety and stress?

The manner in which CBD manipulates the body’s stress response varies. Because of the diverse pharmacological activity of CBD, it ends up affecting a lot of different systems in the body that relate to anxiety and stress, like the cardiovascular system, immune system, endocrine system, and central nervous system. CBD has the potential to reduce inflammation, reduce blood pressure, change adrenaline signaling, change serotonin and dopamine signaling in the brain which directly affects mood, and modulate neurotransmitters like GABA and glutamate signaling in the brain to “turn down the volume” of certain signals. These effects can all combine in order to deliver the experience of stress relief.

1. Changes to the Endocannabinoid System

CBD causes changes to the endocannabinoid system, typically by encouraging the release of more endocannabinoids, like anandamide, while also inhibiting some of the enzymes that might break down those endocannabinoids. By changing the way the body produces endocannabinoids, CBD can indirectly cause changes to cannabinoid receptors. CB1 receptors are the most dominant chemical receptor of their type located in the brain, which means that any effects on CB1 receptors will cause substantial changes to the central nervous system. Anandamide is similar to THC, in that it exhibits partial affinity for both CB1 and CB2 receptors. However, CBD itself exhibits very little affinity for these receptors. But by manipulating anandamide, both CB1 and CB2 receptors end up being stimulated to some degree by the endogenous cannabinoid. This alone affects things like mood, memory and pain – all which play parts in anxiety disorders. It is speculated that CBD may help an endocannabinoid system that is out of balance – whether it is producing too little anandamide or degrading anandamide too quickly. So, one of the first ways that CBD may help with stress is by simply encouraging the endocannabinoid system to do more of what it does best.

“Inflammation was consistently found to affect basal ganglia and cortical reward and motor circuits to drive reduced motivation and motor activity, as well as anxiety-related brain regions including amygdala, insula and anterior cingulate cortex, which may result from cytokine effects on monoamines and glutamate.” [ ]

By reducing inflammation and protecting healthy cells, it is likely that anxiety symptoms would be relieved, given our current understanding of these relationships between chronic inflammation, brain damage, and behavior. Cannabinoids are promising candidates because their anti-inflammatory effects are particularly potent, and they generally come with far fewer adverse side effects compared to other options such as NSAIDs.

Feeling anxious is often associated with an increased heart rate and an increase in blood pressure. When someone is having an anxiety attack, it can feel like the heart wants to burst out of the chest. When the body reacts to stress it often increases heart rate and blood pressure in order to send more oxygen to the brain and other parts of the body. This is part of the “fight or flight” response in which the brain must decide whether to start using energy to prepare for a confrontation, or if its energy should be used to remove itself from a problem or confrontation.

One way that CBD influences blood pressure is by interacting with adenosine receptors and affecting the uptake of adenosine in the body. Adenosine is directly connected to heart rate. Additionally, CBD influences the hypothalamus of the brain, influencing the release of stress related compounds like adrenaline and noradrenaline, aka epinephrine and norepinephrine.

There is research that indicates that single doses of CBD may be effective at lowering blood pressure (Felger, 2018), which could in turn help relieve feelings of anxiety. CBD has been shown in some studies to reduce the synthesis of norepinephrine in the hypothalamus of rodents. (Jadoon, 2017) Norepinephrine releases whenever the brain senses that a stressful event has occurred. It raises blood pressure, makes a person feel more alert or jittery, and is released excessively in people with anxiety disorders. One of the ways that beta blockers work is by blocking receptors that norepinephrine would interact with.

Serotonin is a common target for depression and anxiety medications, as serotonin has been shown to have direct and profound effects on mood and many other aspects of our experience of the world. One reason why psychedelic drugs cause such profoundly intense changes to the human psyche is because they often primarily target serotonin receptors in the brain.
The most common ways that health practitioners try to manipulate serotonin is through the use of a class of drugs called selective serotonin reuptake inhibitors, or SSRIs. Basically these drugs prevent serotonin from being broken down, so that it circulates through the body for longer periods of time.

So, how does CBD influence serotonin? There is some research that indicates that CBD is active at 5HT1A receptors, and less so at 5HT2A receptors. (di Giacomo, Chiavaroli, Orlando, etc, 2020) (Scopinho, 2011) (Russo, 2005) (Schott, 2019) There are some anxiety drugs like buspirone, that already target the 5HT1A receptors, so clinicians are optimistic that CBD might prove to be a welcome addition to an already growing class of anxiety medications. (Overstreet, 2003)

There’s a final trick that cannabinoids have up their sleeve in this story. Cannabinoids have the unique ability to travel backwards along signaling cascades in the brain, which means that cannabinoids can “swim upstream” to change the activity of neurons that are causing problems “downstream.” Essentially cannabinoids can use this ability to change the “volume” of neurons and chemical signals. When CBD indirectly stimulates CB1 receptors by upregulating the production of anandamide, it affects the production and signaling of the neurotransmitters GABA and glutamate. (Rey, 2012) Researchers are focusing on GABA and glutamate modulators as potential new anxiety drugs. (Lydiard, 2003) Perhaps cannabinoids will be a useful tool to attack anxiety by modulating GABA and glutamate signaling in the brain.

In summary, the effects of CBD on stress are varied. CBD and other cannabinoids like it are able to attack stress and other physiological imbalances utilizing many different pharmacological targets. CBD may help correct a dysfunctional endocannabinoid system, it can reduce inflammation and pain, modulate blood pressure, reduce adrenaline production, stimulate serotonin receptors, reduce glutamate signaling in the brain, and upregulate GABA production, and which helps inhibit excitatory signaling in the brain. Dose is important, as human studies have shown that there seem to be optimum dosage windows, where too little or too much will not produce beneficial effects. Because human clinical research is still too lacking, it is best for consumers to work with their health care professional to design a titration plan so that they can find their minimum effective dose. 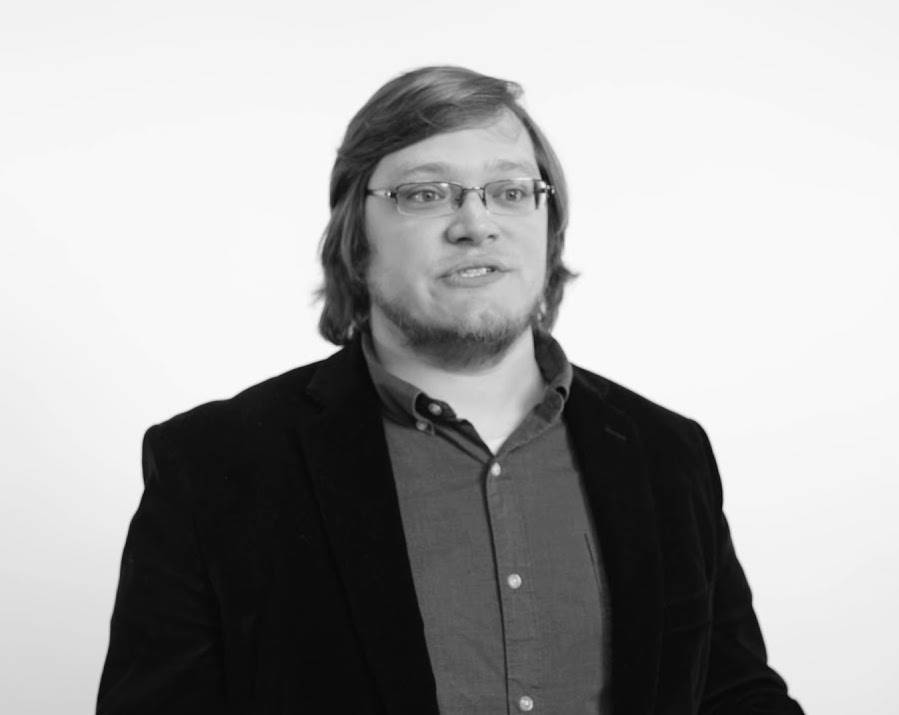