Just like with making coffee or tea, you can get the desired compounds out of cannabis plants by the process of extraction. Extraction is a way of separating compounds from each other: you might not want to eat coffee beans or tea leaves, but you want caffeine, polyphenols, amino acids, and other tasty and nutritional molecules to end up in your cup.

The cannabis plant comprises more than 500 compounds. (Aizpurua-Olaizola et al., 2016) The reasons that people choose to use extracts rather than raw plant material are that they are interested in:

Cannabis extracts are not a modern phenomenon. Traditionally, the description of their use in the form of a tincture or a tea is present in almost every ancient handbook on plant medicine. (Fankhauser, 2002; Zuardi, 2006) Although some extraction techniques have been in use for centuries, various modern methods allow for processing larger quantities more efficiently and result in a greater variety of end products. Often, these end products are named after their appearance, and you will find names such as honeycomb, rosin, shatter, and wax (see Figure 1). 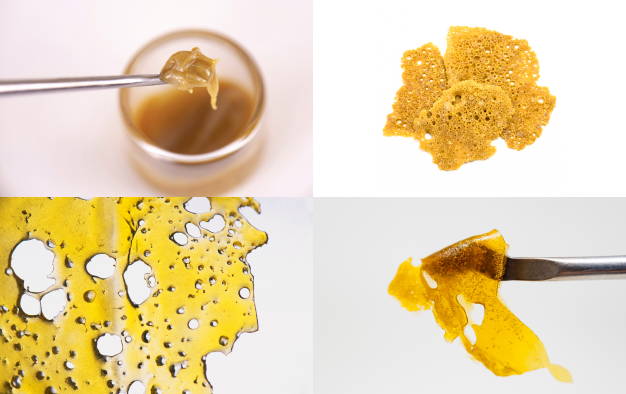 How to get the compounds you want?

To get the desired compounds out of the plant, you need to know where to find these compounds and what their chemical properties are. When you make coffee, you use the seeds (or beans) and not the coffee plant’s leaves or their deliciously smelling flowers. For making traditional black, oolong, green, or white tea, you use the leaves and not their seeds, stems, roots, or other parts of the plant. For extracting cannabis, you are also uninterested in the seeds (although you can use them to make a tasty salad), and instead, use the plant parts that are covered in tiny glandular hairs barely visible with the naked eye. These hairs are called trichomes. They carry oily substances, which contain cannabinoids such as cannabidiol (CBD) and terpenes that give a characteristic smell. These glands resemble a mushroom head and many are located on a stalk. Some extraction techniques aim at breaking the glands off the stalk. The highest density of trichomes is on the cannabis flowers. Some cover other parts of the plant, such as the leaves.

Extraction types and their differences

We can roughly sort the types of cannabis extraction into the following groups:

Water-based extraction is a type of solvent-based extraction. However, many extractors consider it a solventless extraction, due to it breaking the trichomes rather than dissolving the desired compounds in water. Next to that, it does not leave any residue after burning. To keep it simple, we will talk about water-based extraction as a separate category in this text.

Another word for solventless extraction is dry extraction. It was done in ancient times and is still done today in some third-world countries by rubbing the raw material between the fingers which breaks the trichomes off the plant. The sticky coating that remains on the fingers is the extract called hashish. The industrial variant of this extraction technique includes sifting ground cannabis material through either a mesh screen or a series of screens to separate the glandular trichome from the raw plant matter. With the right mesh size, the undesired plant material stays behind, and the trichomes fall through the screen to the bottom of a container.

While coffee and tea compounds dissolve in water, cannabinoids are fatty compounds that do not like a watery environment. You can compare them to vinegar and oil that cannot become homogenous no matter how well you try to mix them. Cannabinoids, therefore, need different solvents, and there are several commonly used types; different kinds of solvents influence which and how many compounds will be extracted from the plant material. The three that are most often employed are: hydrocarbons, of which butane and propane are the most popular, CO2 (carbon dioxide), and ethanol, which is a form of alcohol. Hydrocarbon extraction will yield a higher ratio of compounds such as terpenes, whereas ethanol typically yields a higher ratio of cannabinoids. Each technique has their own benefits and downsides: the use of hydrocarbons, for example, is debated for its risk of toxic residual solvents and the dangers for extractors operating the equipment. Ethanol dissolves a range of (unwanted) plant compounds such as chlorophyll and waxes that make the concentrate look dark and unappealing to many. As we will explain in the next section, CO2 extraction is a more versatile extraction technique that Green Earth Medicinals uses for their products (see Figure 2). 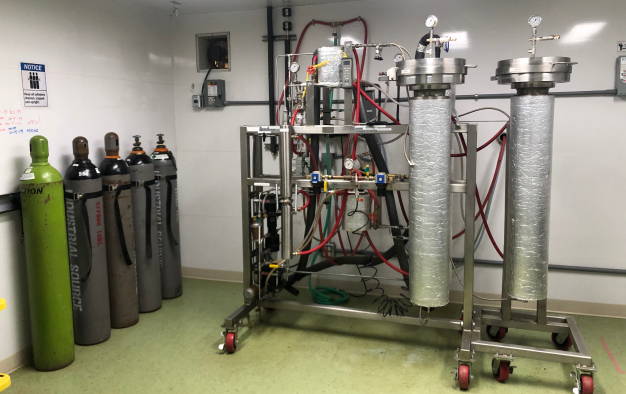 Figure 2. This is our own CO2 extraction machine at Green Earth Medicinals.

We just mentioned that cannabinoids could not dissolve in water, so it may be confusing to list this method here. In this process, water is not a solvent per se, but acts mechanically. Plant material is frozen in water, making the trichomes brittle. This way, their glandular heads become brittle and can easily break off before being filtered out with a series of mesh screens, just like with dry extraction. After sifting, leaving plant material behind, the trichomes are dried out to remove any remaining water.

You might know CO2 as a gas, but during the extraction process, it changes from a gaseous state to a supercritical state that is between a liquid and a gas. It can only happen at a particular pressure and temperature. This way, it can pass through solids like a gas while dissolving compounds like a liquid. When it comes into contact with cannabis plant material, it dissolves the trichomes, thereby releasing the cannabinoids and terpenes into the CO2. Those desired compounds are then collected (see Figure 3), and the CO2 turns back to the gaseous state after which it gets recollected to be recycled. (Green Earth Medicinals, 2020) This way, the products are thoroughly rid of any extraction solvents.

Figure 3. Left - Hemp oleoresin, directly out of the CO2 extractor. In this form it still contains fats and waxes. Right - Hemp absolute. This is the concentrated extract, after fats and waxes are removed. Now it's ready for formulation.