Few plants exude the essence of summer like St. John’s Wort (Hypericum perforatum). It’s golden flowers open around the solstice on June 21st when daylight hours are the longest. A distinct, visual reminder of St. John’s Wort’s relationship to the sun is literally built into the plant’s structure. If one lifts the leaves to the light and peers upward, sunlight streams through small glands in the leaves which resemble windows, resulting in the leaves appearing to burst with sunlight. Mythology around this plant runs as deep as the blood-like substance exuded when the plump flower buds are crushed. Early Christians associated Saint John the Baptist, who represented the sun’s bounty, with this plant, as this substance was likened to his blood (Hobbs, 1990).

Naturalized from abroad, St. John’s Wort is found throughout most of the United States and remains especially fond of roadside ditches. As the American herbalist Michael Moore states, ‘there is no clear habitat; it just requires moisture and people: it follows the plow and the timber cutter’ (Moore, 1993). It was once considered highly invasive in the Pacific Northwest, which lent to its name of ‘Kalamath weed’ and its toxicity in livestock meant that it was problematic for farmers. The introduction of beetles as biologic controls reduced the numbers dramatically in the 1940s and the plant now dots versus dominates the countryside in many places (Hobbs, 1990).

St. John’s Wort’s bright flowers have a reputation for lifting the spirit, hence its traditional use as a balm for ‘all down-heartedness’ (Chevallier, 2016). While its internal use for mood disorders is well-known in the West, it has long been used topically over the centuries. For this reason, it was written about by many of the most significant herbalists of the ancient world, namely Hippocrates, Pliny, Dioscorides, and Galen. Due to its usefulness, it is found in the official pharmacopoeias of numerous countries including Russia, Romania, France, Czechoslovakia, and Poland (Upton, 1997).

Amongst the English herbalists of yesteryear, St. John’s Wort was well regarded. Nicolas Culpeper, the renowned herbalist of laypeople and country folk, stated that it ‘dissolves swelling and closes up the lips of wounds’ (Culpeper, 1817). Early American pharmacists and Eclectic physicians also recognized its therapeutic value and applied the herb externally as an ointment for bruises and ulcers (King, 1854). A preparation made by soaking the tops of the plant in oil was listed in the London Pharmacopeia as Oleum Hyperici and used by surgeons to clean foul wounds (Hobbs, 1990). 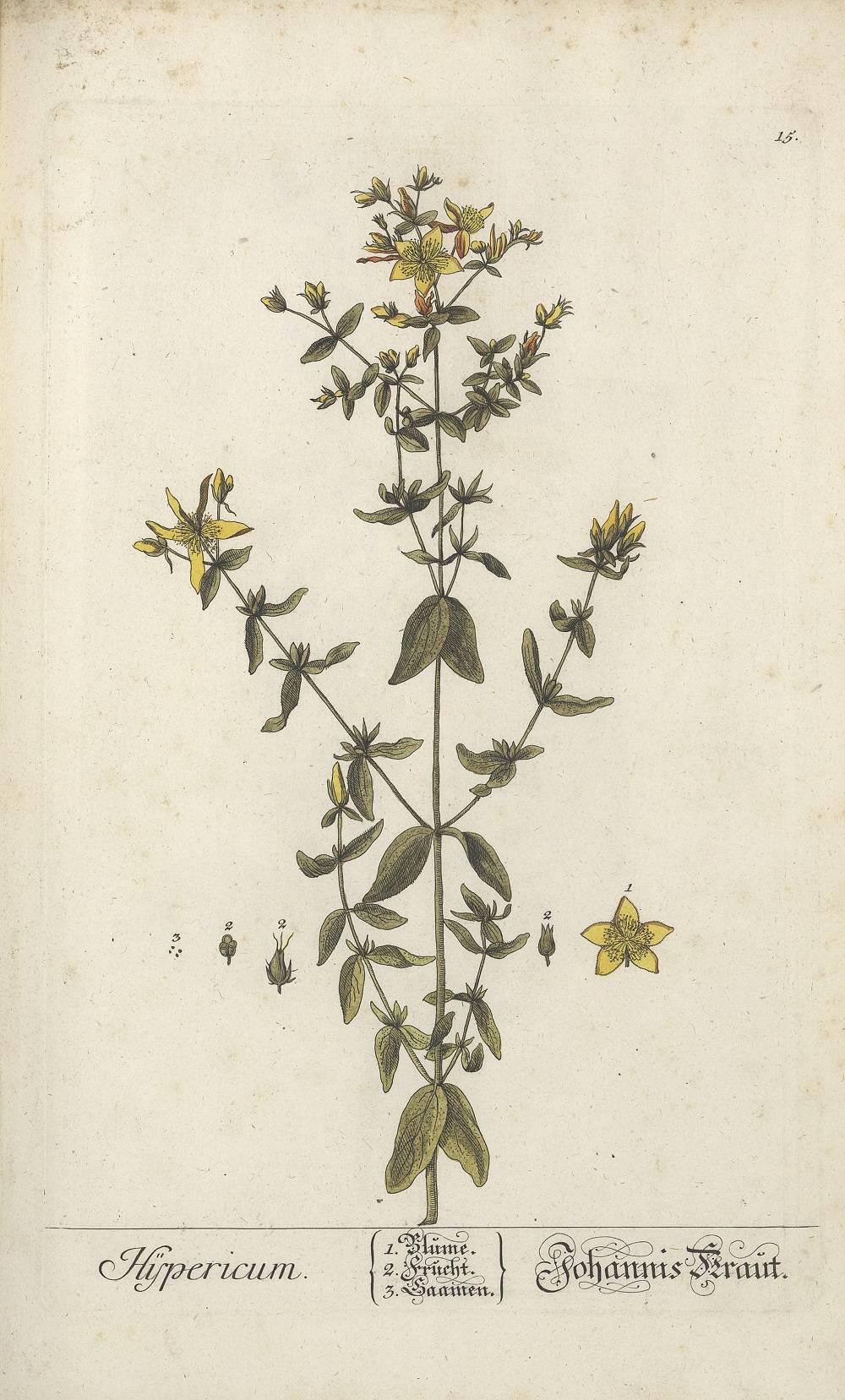 From the Collection of The Lloyd Library and Museum

The above traditional uses inform modern day topical applications, and it is recommended for many of the same issues today. Many modern herbal references refer to it as being applied to wounds, ulcers, and bruises (Skenderi, 2003) and references for its antibacterial effects support its traditional application as a useful topical herb for a variety of conditions (Moore, 1993). These same qualities may also contribute to it being used for diaper rash and cradle cap (Tilgner, 2009).

The Modern Herbal Dispensatory (Easley & Horne, 2016) indicates that St. John’s Wort may encourage nerve regeneration and repair by stimulating capillary regeneration, suggesting it could be useful for burn recovery and in other situations where there is nerve damage. The Herbal Vade Mecum by Gazmend Skenderi (2003), specifically indicates St. John’s Wort for injuries to the spinal cord and nerves, as well as fingers and toes, and reports the oil has been used for muscular, neuralgic, and rheumatic pains. The Encyclopedia of Herbal Medicine by Andrew Chevallier (2016) reports that St. John’s Wort may be particularly relieving for neuralgia associated with shingles, sciatica, and tooth pain. In Herbal Medicine From The Heart Of The Earth (2009), Sharon Marie Tilgner suggested St. John’s Wort to be considered with all chronic pain in conjunction with emotional and nervous exhaustion. She also writes that it may be helpful when applied as an external application over the belly when there is indigestion or gastrointestinal inflammation

Many of the actions of St. John’s Wort are the result of the pigment hypericin which is a lipid soluble molecule that stains oil extractions a deep, rich red. Hypericin is produced in the small glands of the aerial parts of the plant and is found in especially high amounts in the flowers, buds, young stems, and leaves. In addition to being found throughout the genus Hypericum, it can also be found in some Australian insects in the Coccoidea family and certain types of protozoa (Huang, Wang, & Chen, 2014). It has indicated antiviral, antitumor and anti-inflammatory activity in clinical trials (Birt et al, 2009). Some of these actions may also be linked to apigenin, a natural antioxidant occurring in various Hypericum species which may promote apoptosis in some malignant cell lines (Kartnig, Göbel, & Heydel, 1996; Wölfle, Seelinger, & Schempp, 2014). Another active compound found in the plant, hyperforin, has shown promising results in the treatment of nonmelanoma skin cancer (Wölfle et al., 2014). In another clinical trial, a topical ointment made from St. John’s Wort examined the impact on cells in the inflammatory condition of psoriasis. Significant improvements in the thickness of psoriasis lesions was observed when compared to placebo (Mansouri et al., 2017). Ongoing clinical research examining the therapeutic value of St. John’s Wort continues to support the long standing application of St. John’s Wort for skin care. In all, the traditional scientific literature suggests that St. John’s Wort should be considered a helpful resource for supporting the health and function of the skin. 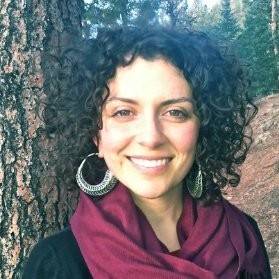 Meghan Henshaw has spent the past 20 years studying the plethora of ways in which medicinal plants are woven into the fabric of everyday life. This has led her all over the US and abroad to Morocco, England, Mexico and Italy where she has worn many hats as a field researcher, wildcrafter, herbalist and educator. She received her BS in herbal science from Bastyr University and MS in ethnobotany from the University of Kent (UK). One of her passions is sharing practical and interesting herbal information with the public and she works frequently with the botanical collections at the historic Lloyd Library, located in the heart of Cincinnati, Ohio. For more information about her botanical projects please visit ocotilloherbals.com